Chili Cook Off is heartwarming – and heartburning – fundraiser for LPEF, DARE

Posted on October 13, 2016 Categories: Central High School, Community partnerships, Donors, Longfellow Middle School, LPEF Board of Directors Comments are off for this post 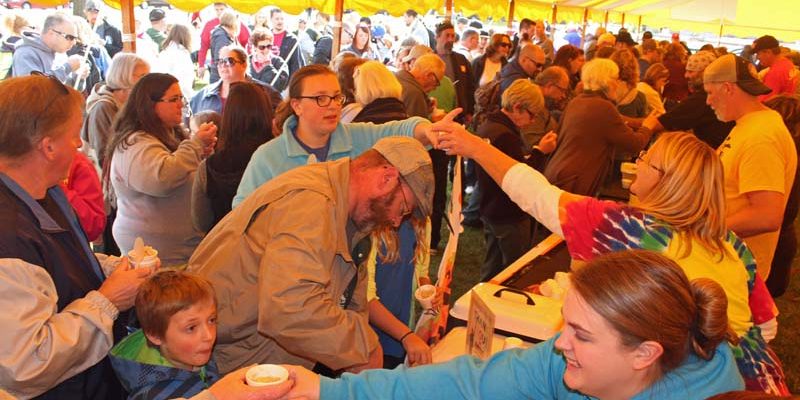 About 1,000 chili tasting fans and supporters of local children’s charities were on hand Oct. 8 for the 25th annual State Bank Financial Chili Cook Off at Riverside Park in La Crosse.

Nearly 30 teams of cooks made at least 15 gallons of chili each to serve to hungry fans on a crisp and beautiful fall day, with all of the proceeds from the event going to support the La Crosse Public Education Foundation and the La Crosse D.A.R.E. (Drug Abuse Resistance Education) program.

Final results of the fundraising event are not yet known, but should be announced before the end of the year. State Bank Financial provides staff to support the event and solicits a variety of community sponsors to raise money. In addition, all of the teams of cooks invest in the ingredients (and time) to make chili — a cost that runs in the range of $200 to $400 depending on the style of chili and final quantity. 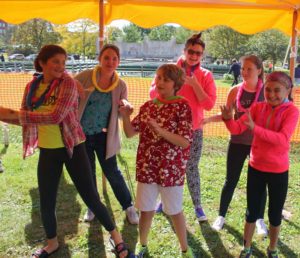 Students from Longfellow Middle School, with teacher Sarah Schams (back left), performed hula dances and served up an Hawaiian-themed chili.

In the People’s Choice category, in which people vote for their favorite chili by contributing money to a box at each table, the winner again this year was a team of Boy Scouts from Pack 28, Troop 11. 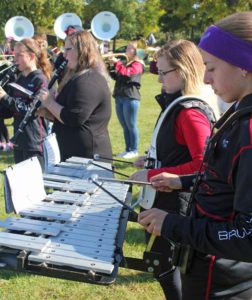 Second place went to the team from WIZM 1410 Radio, and third place to the La Crosse Tribune.

This year’s President’s Award winner, chosen by State Bank Financial CEO and President Tim Kotnour, was the Aramark A Team.

Kicking off the event for the second consecutive year was the Central High School band, under the direction of Robert “Bix” Swerman and Nick Hansberry. About 60 band members played a variety of upbeat and fun music, and had plenty of fun themselves before the gates opened for chili tasting.

Special thanks this year to two Chili Cook Off sponsors — Viterbo University and Brickl Bros — for providing additional support to the La Crosse Public Education Foundation.

See photos below from this year’s Chili Cook Off.

See this report and photos from the 2015 Chili Cook Off.

See this report and photos from the 2014 Chili Cook Off. 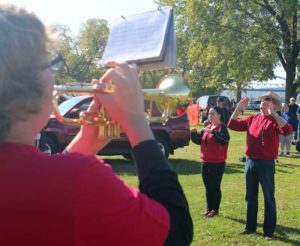 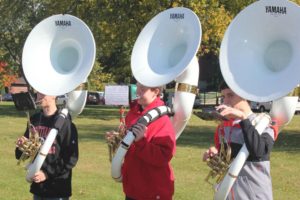 Students from Longfellow Middle School, with teacher Sarah Schams (back left), performed hula dances and served up an Hawaiian-themed chili. 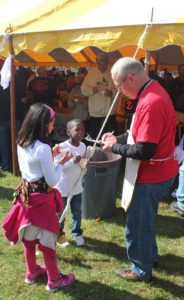 State Bank Financial CEO and President Tim Kotnour gets help with his judging. 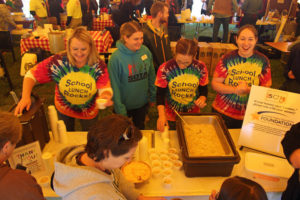 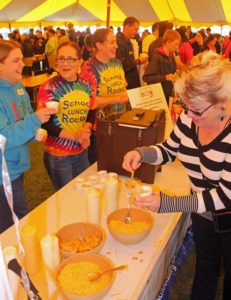 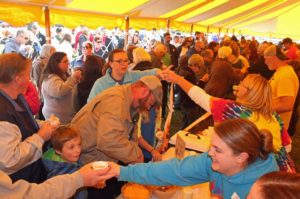 Chili lovers lined up to sample the white chicken chili 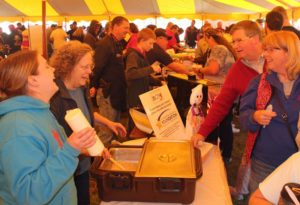 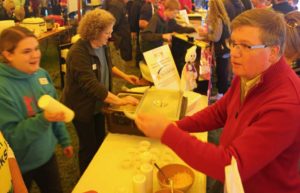 Randy Nelson at the District-LPEF table. 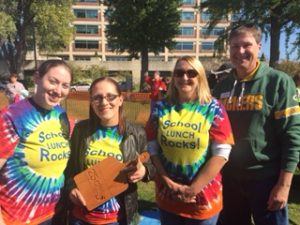 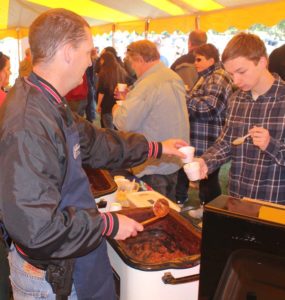 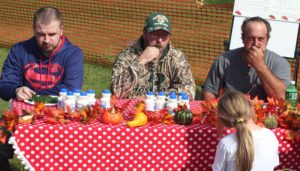 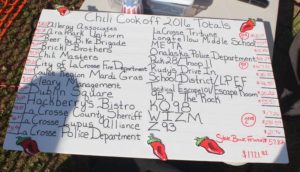