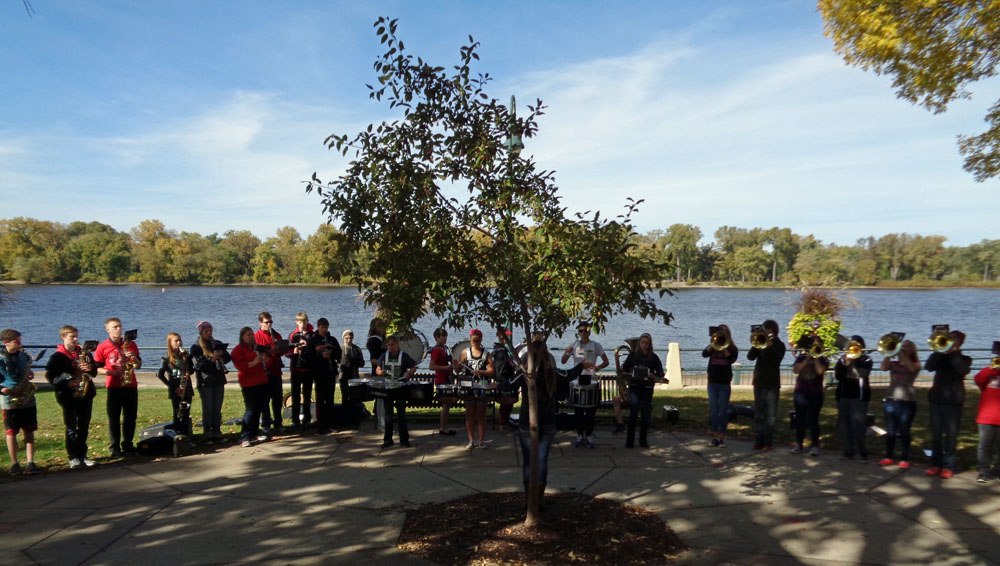 The crowed at the 2015 State Bank Financial Chili Cook Off was treated to a rousing 30-minute riverside performance by a band of students from Longfellow Middle School and Central High School, under the direction of Stephanie Maletz and Bix Swerman.

In all, 23 teams competed to try to satisfy the hungry crowd paying a $7 admission fee for all the chili they could eat. The event is a fundraiser sponsored by State Bank Financial, with all proceeds going to local DARE and GREAT programs, as well as to the La Crosse Public Education Foundation.

One highlight of this year’s event came at the start. A band consisting of Longfellow Middle School and Central High School students performed for 30 minutes with the Mississippi River and a canvas of fall leaves serving as a backdrop. The band was under the direction of Stephanie Maletz, a teacher at Longfellow and Central, along with help from Robert “Bix” Swerman, who spent most of his time helping out the trumpet section on a chilly but sunny morning.

The Longfellow Middle School team was beaten out in their attempt to claim a third straight People’s Choice award. People’s Choice is selected by totaling up cash donations made at the booths — this year’s winner was a team of local Boy Scouts.

Teams also compete for Chef’s Choice and the President’s Choice, the personal favorite of State Bank Financial’s CEO and President Tim Kotnour, who was enjoying his first year at the event.

Also on hand was a team from the La Crosse Public Education Foundation and the School District of La Crosse School Nutrition Program. 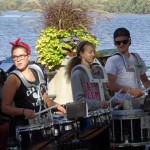 A drumline kept things hopping during a performance by a band of students from Longfellow Middle School and Central High School. 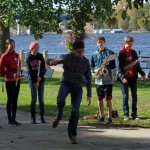 One of the saxophone players jumped out in front to dance during a Chili Cook Off performance by a band of students from Longfellow Middle School and Central High School. 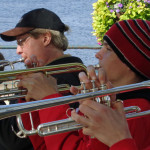 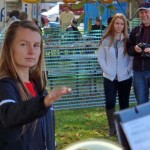 Stephanie Maletz, a band instructor at Longfellow Middle School and Central High, keeps a watchful eye on her band during a performance at Riverside Park for the Chili Cook Off. 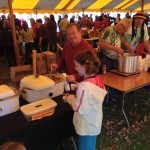 One of the “chief cooks” of the Chili Cook Off is Wayne Oliver of State Bank Financial – serving his smoked pork chili on behalf of the La Crosse Community Theatre. 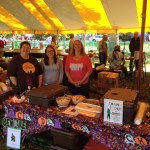 The LPEF booth at the Chili Cook Off featured chili made by the School District of La Crosse Nutrition Program including Lyn Halvorson, Pam Veglahn and Heather Skiles. Meat was donated by Reinhart Foods and other ingredients paid with support from LPEF. 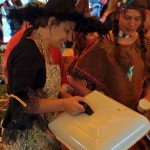 Stirring up her special “witches brew” for the Chili Cook Off was Sarah Schams, consumer education teacher at Longfellow Middle School. Sarah worked with her team of students to host a booth for the third consecutive year. LPEF contributed to help pay for ingredients for their chili. 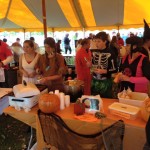 Ready to serve customers is the Chili Cook Off team of students from Longfellow Middle School. 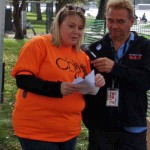 Jodi Ehrenberger with State Bank Financial announces the winning teams from the 2015 Chili Cook Off, with help from Keith Carr of Classic Hits 94.7 and Mid-West Family Broadcasting. Jodi is also a member of the LPEF Board of Directors. 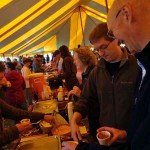 Serving chili made by the nutrition staff of the School District of La Crosse are LPEF Board members Margaret Dihlmann-Malzer (middle of the picture) and Board President Greg Bonney (far right) with his son, Peter.