The mission of the La Crosse Public Education Foundation is to enhance learning opportunities for students in the School District of La Crosse and to promote community understanding and support for public education. 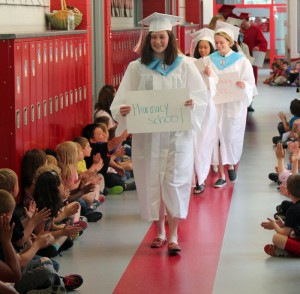 Ann Petersen, a graduating senior at Logan High School, leads the march down the hallways at Northside Elementary School for the senior march in May 2016.

The La Crosse Public Education Foundation was founded in 1988 by some very forward-looking La Crosse residents who were passionate in their support of public education in La Crosse. The organization received its official 501(c)(3) status in February 1989.

They established an endowment at the La Crosse Community Foundation in 1991 to help fund the work we do – investing in school innovation through grants that are awarded to teachers and staff for fresh, creative programs and curriculum that cannot be funded through the district’s already tight budget. Over the years, community members, local businesses and school district staff have contributed generously. Among many individuals and businesses who donated to the initial endowment were these major donors:

The Foundation expects to provide more than $300,000 in support in 2021 to students and staff in the School District of La Crosse. This includes about $80,000 in Gold Star classroom grants and more than $30,000 for Random Acts of Kindness to meet needs of students in areas such as nutrition, hygiene, clothing, and transportation. 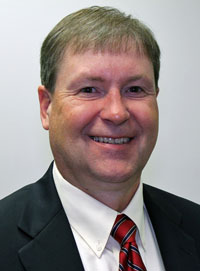 David joined the foundation in June 2014 after a nearly 35 year career in the newspaper business. Among his jobs, David was a reporter at the La Crosse Tribune from 1979-1981, and returned as the Tribune editor in 1995-97. In every community where he served, David was active in community affairs related to children’s issues. As editor of the Tribune, David was a co-founder of the Extra Effort Awards, which recognize high school seniors who have overcome obstacles. In St. Louis, he was president of a charity that raised and distributed money to children’s charities.

In his last position, as Executive Editor of the News-Leader in Springfield, Missouri, David was a co-founder of the Every Child Promise, which has raised $1 million to fund pilot projects as part of a long-range plan “so that every child age birth to 6 has the opportunity to enter our schools ready to learn.”

David is a member of the Rotary Club of La Crosse and supports other community activities, including the Coulee Region Compassion Alliance.

Denise oversees LPEF’s grant-seeking efforts, identifying and writing proposals for local, regional and national grants that will help LPEF fulfill its mission to enhance learning opportunities for students in the School District of La Crosse. For questions about grants awarded by LPEF, contact David Stoeffler.

LPEF Board of Directors

The board of directors of the La Crosse Public Education Foundation is a group of individuals who share the common belief that education is one of the most important values and qualities we can possibly impart to our children. Directors are elected to three-year terms and may serve two terms.

Dr. Tom Thompson, retired veterinarian and former member of the Board of Education

Annie Baumann, representative of Board of Education