Posted on May 1, 2017 Categories: 7 Rivers Community High School, Donors, Endowments, History, Shoah Studies Comments are off for this post 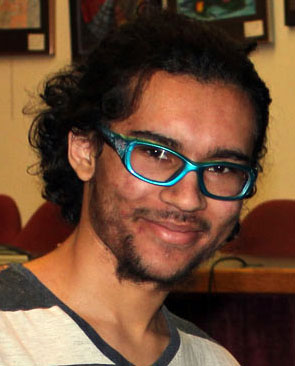 Editor’s Note: Bevan Breaux, a sophomore at La Crosse’s 7 Rivers Community High School, won first place in the 2017 contest for essays on how the lessons of the Holocaust connect with 21st century issues. (See story here on the award.) The contest was sponsored by the Maureen and Robert Freedland Fund for Studies of the Shoah, an endowment that supports Holocaust study grants by the La Crosse Public Education Foundation. The opinions expressed are those of the author and do not necessarily reflect the views of the sponsors.

Writing this was easy. In a few minutes I had thought of around 20 different things I could talk about. Usually for a high school student this would be great. Being able to know what you want to write and then moving on to something else. Now the problem is the topic, Compare the Holocaust with problems in the 21st century, and that is scary. 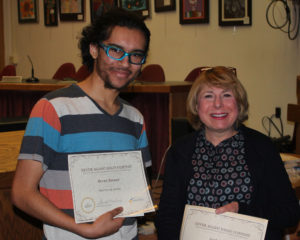 In the past years the world has seen many changes with the introduction of and improvement of the internet and the dramatic increase of everyday technology. Using the internet is great and many people use it to improve the world around us, but using the internet means coming in contact with many people who believe many different things. The amount of hate and racism online is unsettling but has also become quite common. Many people constantly create content to diminish the rights of others. With the increase of all the recent attacks, it has boosted the amount of hate that is displayed online.

With many of the events that have been happening in the world these actions have definitely put people on edge. All over the world more and more groups of people are discriminating against others. Some would think that after all the horrible things that have happened in our history that humanity might strive for a more peaceful way of life, but from what has been happening this is not the case. It seems that the only things on the radio or in the news are about people dying. In the last few years there have been many attacks around the world and with each attack comes a wave of fear.

It shows the true meaning of you have nothing “to fear but fear itself” — this quote is from Franklin Delano Roosevelt addressing the American people about the Great Depression. In panicking and trying to take their money from the banks, it ended up making the economy worse.

This is no different from the fear that we see now. With so many people pushing the anti-islam and anti-immigrant ideals, we only cause more problems. In the last few months, attacks on mosques and cemeteries have increased. Though FDR said this a little over 80 years ago, it seems that the US has slipped back into a panicked frenzy. Instead of making crazy choices about how to control other people, the US should take a moment and really think about what is in the best interest of the people of this planet. Of course not everyone will agree. The world’s people have many different views, but as long as they are well thought out and can be backed up, it would be in every one’s interest to at least listen.

Throughout history in times of war (the Holocaust being an example), it is always about dehumanizing the other side. During the Holocaust the Nazi party showed the Jewish people as a plague to the might of Germany through propaganda. The first time Adolf Hitler proposed his ideas, people thought he was crazy. But as the effects of World War I set in and Germany economy started failing, many people started to believe that something was stolen from them and the group to blame were the Jewish people.

So now in the 21st century, to think that in the United States we are issuing laws to try to push out people who some see as unfit to live here is completely unsettling: with the recent Muslim ban and the possibility of a large scale deportation of Hispanic people. Before the Nazi party came to full power, many Jewish families sent their children away in hopes that they would escape the Nazis. The idea that something like that could happen to people in the US is deeply saddening. The thought that we are denying the entrance of refugees into our country based mostly on fear greatly lowers the standing of the US’s values. It makes you question if we have learned anything at all.

People are people, no matter your gender, your race, your religion, or any other way to split up people. We are stuck on this planet and at some point we have to find a way to get along. 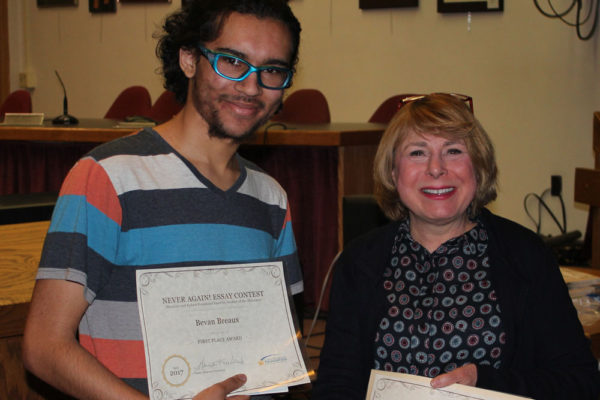