Posted on April 23, 2017 Categories: Endowments, LPEF Board of Directors, Shoah Studies Comments are off for this post

As part of the annual Holocaust Remembrance service on April 23, the Congregation Sons of Abraham honored the La Crosse Public Education Foundation and Executive Director David Stoeffler with a special award.

LPEF was honored for Excellence in Holocaust Education and awarded the synagogue’s 12th “Wegner Leaf” on the CSOA Tree of Life. The award was established in 2005 in the name of Dr. Gregory P. Wegner, a beloved UW-La Crosse teacher who was on hand Sunday to speak about the importance of Holocaust education and the good work of LPEF.

Since 2009, LPEF has been providing grants to support Shoah Studies in the School District of La Crosse, using proceeds from an endowment fund at the La Crosse Community Foundation created by Maureen and Robert Freedland in memory of their families and all others who perished in the Holocaust.

Several current and former members of the LPEF Board, including Board President Shawn Dutchin, were on hand for the ceremony. 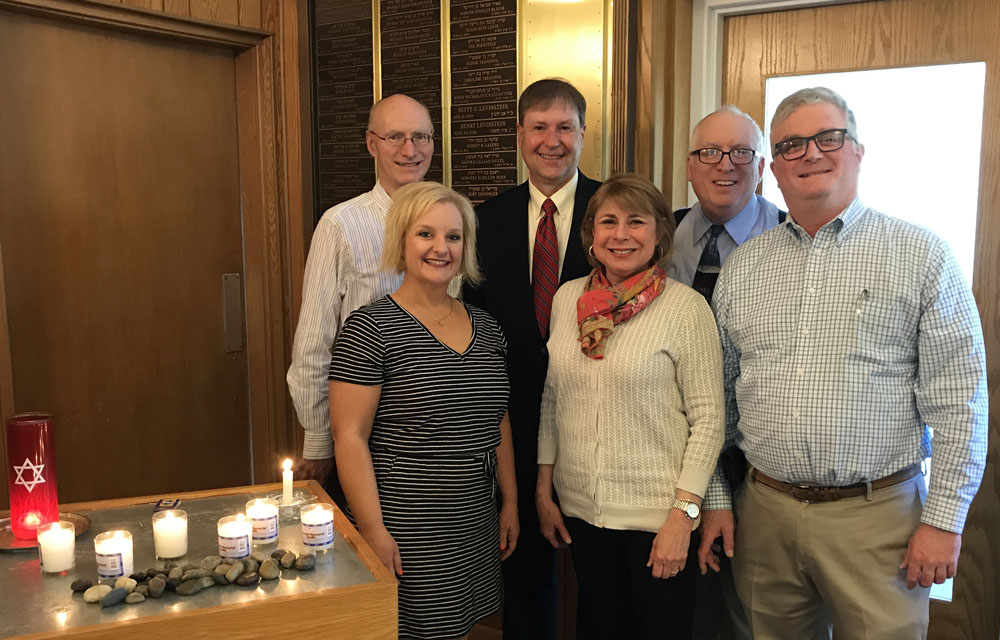 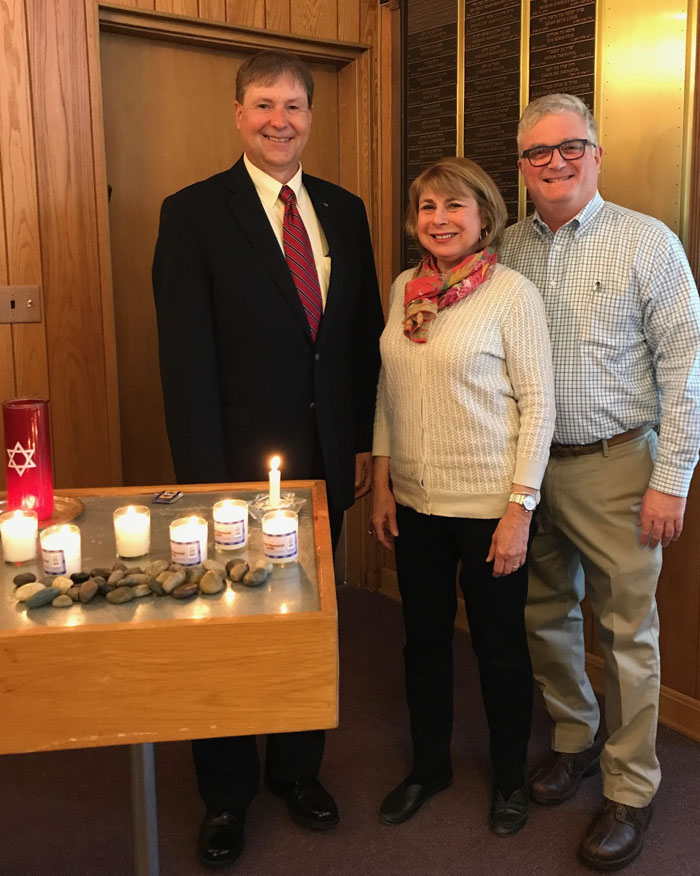 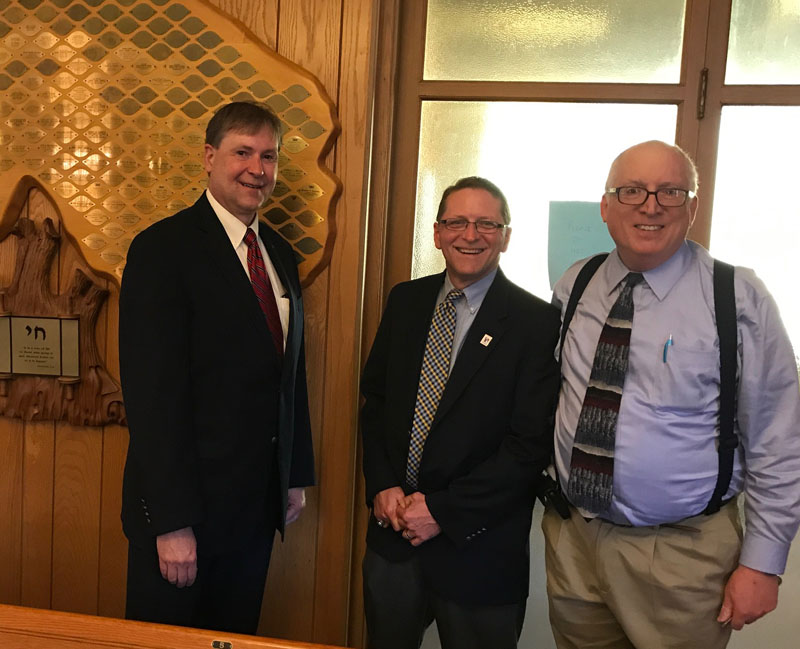 At the Congregation Sons of Abraham Tree of Life following the ceremony are LPEF Executive Director David Stoeffler with Brad Quarberg (a member of the LPEF Board and also the Board of Education), and Rabbi Saul Prombaum.