Posted on August 19, 2021 Categories: LPEF Board of Directors Comments are off for this post

David Stoeffler, executive director of the La Crosse Public Education Foundation, is resigning from his position, effective Sept. 30, 2021. A search for his successor will begin immediately. 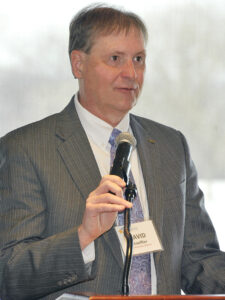 Stoeffler will be leaving La Crosse to become the Chief Executive Officer of a new nonprofit being formed in Springfield, Missouri, where he was executive editor of the local newspaper from 2010 to 2014, prior to becoming executive director of LPEF.

The name and mission of the new Springfield nonprofit have not yet been announced.

“David’s enthusiasm for developing and supporting educational initiatives has been instrumental in LPEF’s growth and success over the past seven years,” said Anna Prinsen, LPEF Board president and owner of Modern Crane Service. “He has been a leader for LPEF, our schools and our community.  David has touched many lives and will be greatly missed.”

Stoeffler joined LPEF in June 2014 after a nearly 35 year career in the newspaper business. Among his jobs, he was a reporter at the La Crosse Tribune from 1979-1981, and returned as the Tribune editor in 1995-97. As editor of the Tribune, Stoeffler was a co-founder of the Extra Effort Awards, which continue to provide annual recognition for area high school seniors who have overcome obstacles.

During his time as editor of the Springfield newspaper, Stoeffler was active in several local organizations, and he built a reputation as a trusted partner and friend of the community. Most notably, he was a co-founder of the Every Child Promise, which initially raised $1 million to fund pilot projects as part of a long-range plan “so that every child age birth to 6 has the opportunity to enter our schools ready to learn.” In 2019, the Community Foundation of the Ozarks announced creation of an endowed fund, the David Stoeffler Every Child Promise Fund for Early Childhood Education, which provides scholarships for children to help families afford quality pre-school programs. 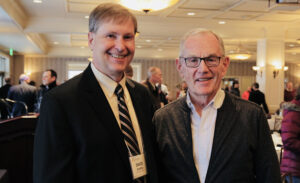 LPEF has grown significantly in Stoeffler’s seven years. Among the key accomplishments:

LPEF expects to provide about $350,000 in support to the La Crosse schools this year, including more than $80,000 in Gold Star Grants to encourage innovation in classrooms. LPEF provides other programs to enhance learning opportunities for students, including Random Acts of Kindness to meet needs of students in areas such as nutrition, hygiene, clothing, and transportation.

The LPEF Board is accepting applications for the full-time Executive Director position. For more information, go to the job posting.

To apply, send a resume and a letter explaining your interest, relevant skills and passion for public schools to: info@lacrosseeducationfoundation.org 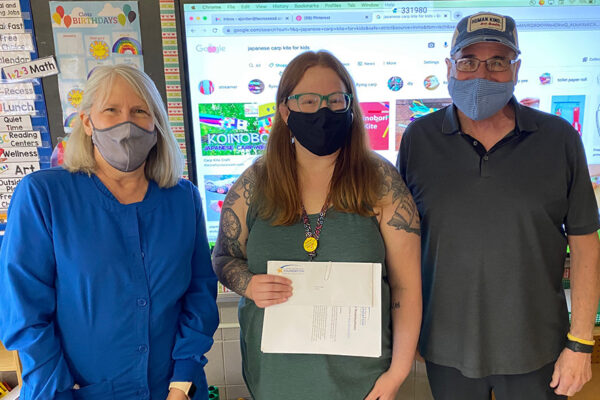 Your feedback needed on LPEF and priorities