The new program is called AVID, Advancement via Individual Determination. AVID has a strong track record of success in helping students of all levels — but particularly those in the academic middle — succeed in college.

At a news conference Aug. 20, the foundation and the School District of La Crosse announced a new partnership to fund start-up costs over the first three years of the AVID program, which will be introduced this fall in both high schools.

The foundation will make its largest-single gift to the district, expected to reach nearly $200,000 over a three-year period. 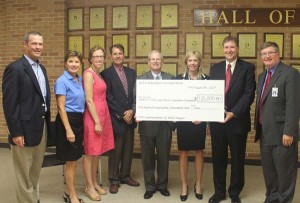 The gift is made possible in large part due to receipt of the foundation’s largest-ever grant, a $125,000 three-year grant from the Otto Bremer Foundation of St. Paul, Minn.

The La Crosse Community Foundation announced Wednesday approval of a $30,000 grant to support the project. With that grant and other  fundraising, the La Crosse Public Education Foundation expects to cover the incremental start-up costs for AVID, including some intensive training for district staff.

At the end of three years, the district will assume the ongoing costs as part of its normal budget.

“This is another great example of a multitude of organizations coming together for the benefit of our students,” shares Superintendent of Schools Randy Nelson.  “With our ever tightening budgets it is great when we can partner with organizations like the Bremer Foundation, the La Crosse Community Foundation and the La Crosse Public Education Foundation.  It is partnerships like this that show we are truly a community that supports our schools and families.”

The AVID program’s track record of success, and the focus on raising the academic achievement of the majority of students in the middle, was key to the grant application to the Otto Bremer Foundation.

“Education is a keystone in the development of healthy communities,” said Brian Lipschultz, co-CEO and Trustee of the Otto Bremer Foundation. “La Crosse’s schools are striving to create enhanced opportunities for their scholars, and we hope our support for the start-up of this program will benefit the community for years to come.”

For information on how you can support the AVID program, or other efforts of the La Crosse Public Education Foundation, contact Executive Director David Stoeffler at (608) 787-0226 or email david@lacrosseeducationfoundation.org 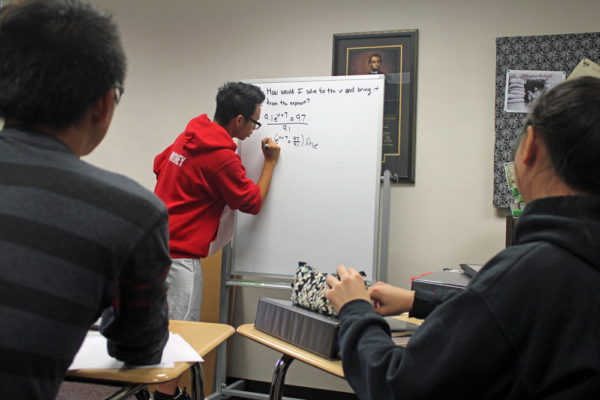