Posted on June 10, 2019 Categories: Donors, LPEF Board of Directors, Music education Comments are off for this post 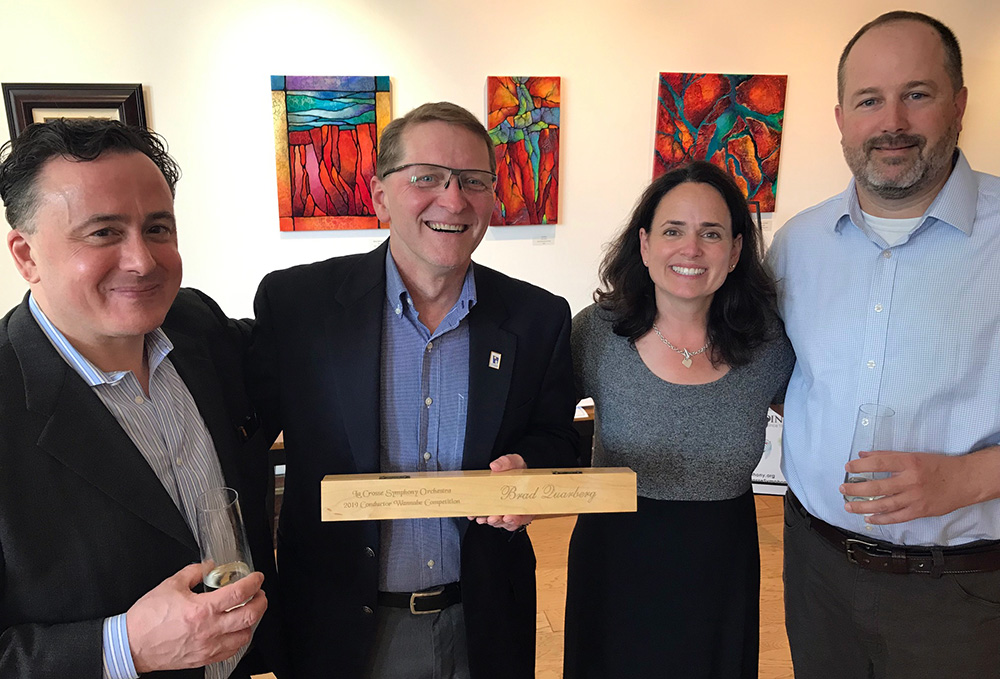 Music programs in La Crosse public schools will get a major boost due to the fundraising efforts of Brad Quarberg and the La Crosse Symphony Orchestra’s “Conductor Wannabe” competition.

Quarberg won the chance to conduct “Pomp and Circumstance” at the June 8 concert of the Symphony by finishing in second place in this year’s fundraising competition. He raised a total of $10,074 — with half the money coming to LPEF to be used in support of school music programs.

Quarberg, who is director of news and marketing at UW-La Crosse, is a member of the LPEF Board, serving as a representative of the Board of Education. He was first elected to the school board in 2015. He is deeply involved in the community, including serving previously as president of La Crosse Oktoberfest and also as president of the La Crosse Valley View Rotary Club, among many other activities. 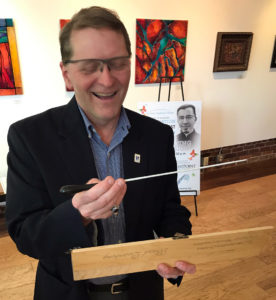 Brad Quarberg admires his new baton and the hand-carved box made for each Conductor Wannabe contestant.

Brad and his wife, Gail, are benefactors for the Quarberg Family Pride of the North Side Endowment Fund,  which provides an annual grant to support the marching band program at Logan High School, where their children attended school.

In total, the contestants in the Symphony’s Conductor Wannabe contest raised $54,177 — half for the symphony, the other half for the designated nonprofits. Other contestants and their nonprofits organizations were: Andy and Peter Hughes – Boys & Girls Club; Kathy Frise – Family & Children’s Center; Joel Dettwiler – Veteran’s Memorial Pool Campaign; Jeremiah Galvan – Gundersen Global Partners; and  Miranda TerBeest – Big Brothers Big Sisters.