Posted on October 18, 2019 Categories: Donors, Endowments, Innovation grants, Randy Nelson Comments are off for this post

Superintendent of Schools Randy Nelson and his wife Lynn have announced plans to create an LPEF endowment fund that will generate annual grants to encourage physical fitness, or servant leadership skills and character development. 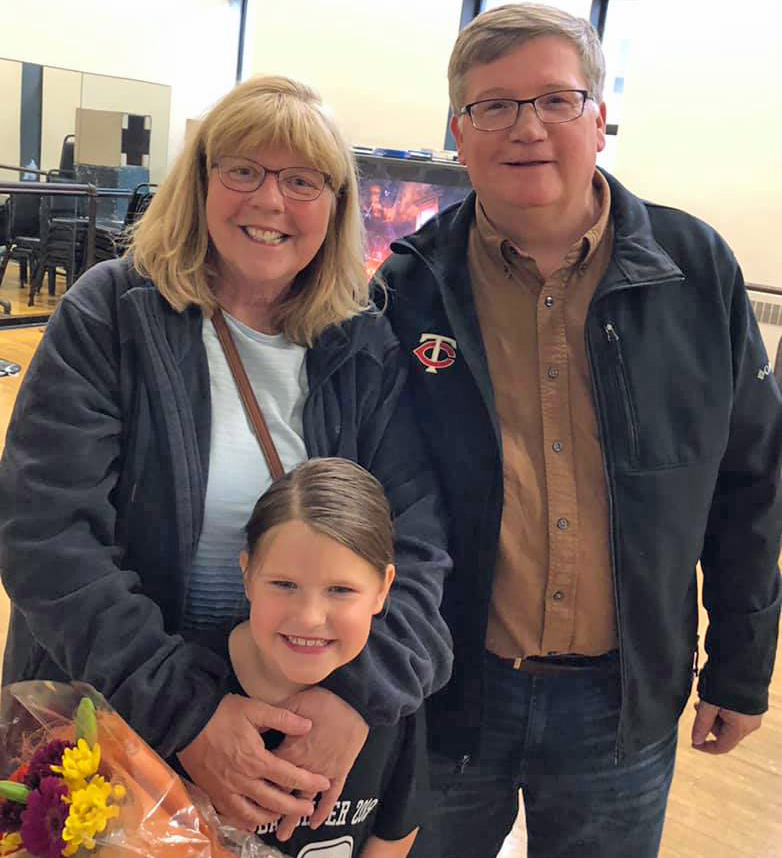 Lynn and Randy Nelson with their granddaughter, Anna.

At the District’s annual Back-to-School event Aug. 29, Nelson was joined by his family in announcing the fund, which expects to award its first grants as early as the 2021-22 school year.

Nelson has been superintendent of La Crosse schools since 2011 and joined the District in 2008 as associate superintendent after many years as a teacher and administrator in Minnesota.

Lynn Nelson is a native of Westby and retired in 2018 after 35 years as a physical education teacher, most recently in Rochester, Minn.

“Together we have dedicated more than 70 years as public educators, and we are convinced that our future relies on healthy, high character students dedicated to serving others.”

In addition to a major personal gift, the Nelsons are seeking other donations in support of the fund, with a goal to raise $50,000 in total.

For information on donating to the Nelson Fund, contact the LPEF office at (608) 787-0226, or email Executive Director David Stoeffler at: david@lacrosseeducationfoundation.org