In the hope of inspiring greater creativity within music education and lifelong appreciation of music, a local family has created a new fund to support music education projects in La Crosse public schools.

The McGavock Family Endowment for Music Education will provide annual funding for a program or project to enhance music education within the School District of La Crosse. The fund and grant program will be operated by the La Crosse Public Education Foundation. 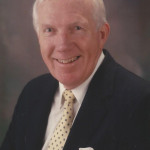