Barbara Schroeder was not the type to seek the spotlight. She preferred to shine the light on others and look for ways to make life just a little bit better for those around her.

Due to a generous gift from her estate, the lives of La Crosse schoolchildren will be better in pepetuity. 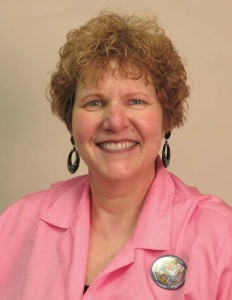 Barb was a 1968 Central High School graduate, daughter to Edie and Russ Schroeder, a well-known auctioneer in the Coulee Region. Barb attended UW-La Crosse and worked for several local organizations, including 15 years at Viterbo University, where she coordinated the tutoring program and worked in the Academic Resource Center until her retirement in November 2013.

Friends described her as funny, a jokester who loved travel, reading, birding and railroads.

“She was full of life and she was joyous,” said longtime friend Mary Lund. She was the kind of person who liked “making someone’s life better when they least expected it.” Added Lund: “Nothing made her happier than to help a student who needed a hug … (or someone who needed) to believe that somebody cared.”

Barb was preceded in death by her parents and a half-sister. She had no children of her own and she left all of her estate to local charities. While the bequest came without any specific direction, the Board of Directors of the La Crosse Public Education Foundation has chosen to deposit the funds in an agency fund. The intention is to use proceeds annually to support LPEF’s mission, which is to “enhance learning opportunities for students in the School District of La Crosse” and promote community understanding and support for public education.

In 2015, LPEF expects to provide more than $150,000 in support to district schools, through classroom grants, support for staff development and programs to meet needs of individual students and help them overcome barriers to success, including poverty-related issues. The Foundation announced last year its largest-ever gift to the district, a three-year program to support the implementation of AVID, a college-preparation program in its first year at Logan and Central High Schools.

“Barbara may have preferred to avoid the spotlight, but she deserves credit for a gift that will have a lasting impact on La Crosse public schools,” said David Stoeffler, executive director of LPEF. “We’ll be forever grateful for the concern she showed for the future of our children.”

Links to local media coverage of the estate gift: