Posted on January 28, 2020 Categories: Grants Award Luncheon, LPEF Board of Directors, Staff Development Comments are off for this post 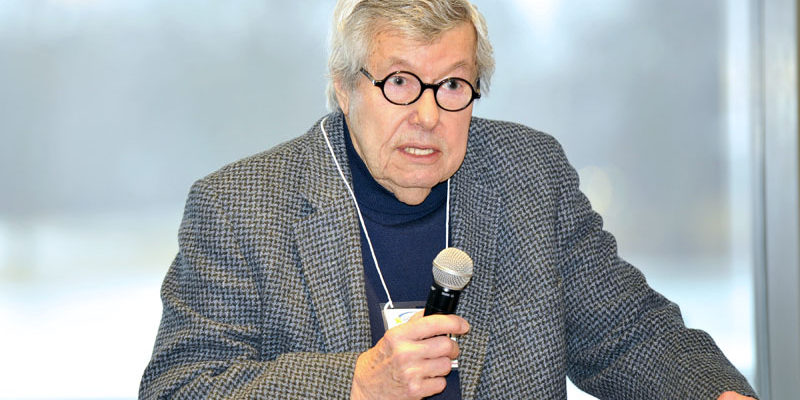 The LPEF Board has renamed its annual Leadership Award in honor of Richard Swantz, the longest serving superintendent of schools in La Crosse history and a co-founder of LPEF, who died Oct. 15, 2019 at the age of 84.

Initial awards were made Jan. 21 at the annual Grants Award Luncheon.

Dick retired as superintendent in 1998 after serving 21 years. His tenure was a time of remarkable change in the School District of La Crosse, and included building a new Logan High School, which opened in 1979. Dick worked with Board of Education members, most notably Dr. Charles Miller III, to create LPEF in 1988. Following his retirement from the public schools, Dick went on to play an active role in the community, including being elected to the La Crosse Common Council, the last four as president.

Tony Swantz, a teacher in Fort Atkinson, thanked LPEF and the luncheon crowd on behalf of the Swantz family. His father, Richard Swantz, died in October and was the longest-serving superintendent in La Crosse school history.

Upon his retirement, Dick and his wife, Judy, helped establish the Swantz Endowment Fund at the La Crosse Community Foundation to benefit LPEF.

One of Dick’s last major projects was to lead an effort to increase the endowment fund (see below). Distributions from the fund are used to support grants for teacher training in the La Crosse public schools.

At the January luncheon, LPEF Board Secretary Kathie Tyser explained the decision to name the award for Swantz. “I truly can think of no better person to name a public education leadership award for than this man.””

Swantz’s son, Tony, a teacher in Fort Atkinson, represented the family at the luncheon and said he and his mother were grateful for the recognition. “No greater honor could be bestowed. It’s bittersweet, but it’s awesome. It’s the most important work you can do — to teach. It’s that simple.”

The initial Richard Swantz Leadership Awards were granted to:

Read more about their awards and the presentation here.

Friends and admirers of Richard Swantz donated about $33,000 in the past 18 months to the LPEF endowment fund that bears his name. Following is a list of donors who made gifts in 2018-19 in response to fundraising by Dick, or who made gifts in his memory in 2019. 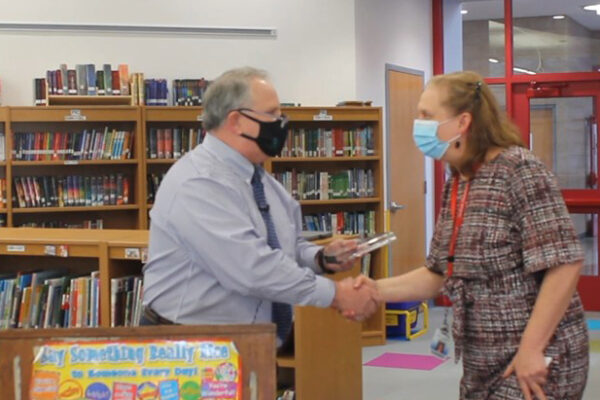